As most of you know, Wheels has been with the Diceman since the late 80’s stemming back to Pips comedy Club in Brooklyn, NY., and has been opening for him on and off for the last 25 years while headlining the country when he is not with Dice. Wheels Parise can be seen this week Headlining April 7-10 at the Scottsdale Laugh Factory in Scottsdale Arizona.

“This role is an interesting one”, says Wheels,…”I play Wheels but not his best friend “Wheels”, i play the owner of a nightclub, still friends but just not his best.” ” What is great about this role”  Wheels says is, “i could be seen in more episodes in the future if the show gets picked up for a second season, it has legs. I am not saying i will be but i am not saying i wont be.”

Make sure you watch the show “DICE” on Showtime, premiering April 10 and tune in to see, Michael Wheels Parise in episode 5 of 6. 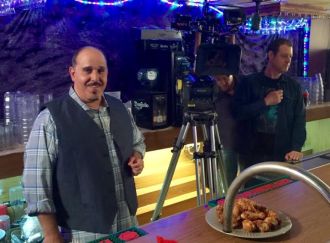 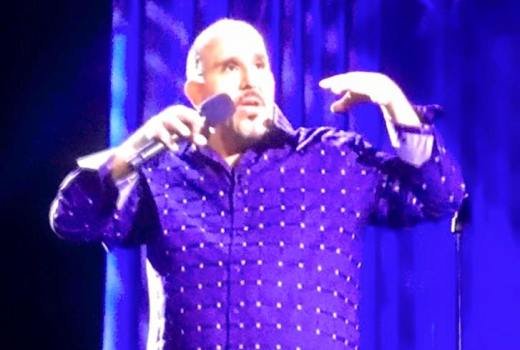 Michael Wheels Parise one of the stars of the Showtime Comedy Special, Andrew Dice Clay Presents…The Blue Show, is coming to Long Island New York at Governor’s at the Brokerage in Bellmore LI. February 12-13 2016. for a 3 show limited engagement. Tickets and show times.

Michael Wheels Parise is originally from The Five Towns, began his colorful career at Pips Comedy Club in Brooklyn, NY. in 1987. Pips is where he befriended Andrew Dice Clay and has been Dices right hand man, best friend, opening act and costar of the hit podcast, Rollin with Dice and Wheels.

For tickets to Michael Wheels Parise, you can purchase here. TICKETS

Governors at the Brokerage is located at: 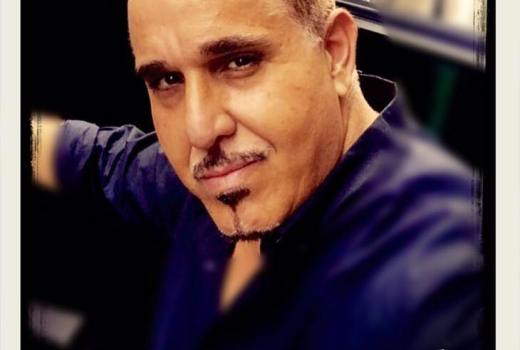 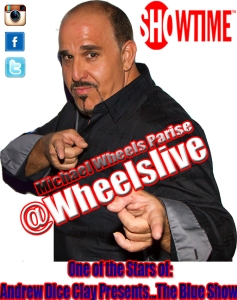